In December, it appeared that the issue of EU citizens rights in the UK post-Brexit had finally been agreed.  EU citizens who have been in the UK before the UK formally withdraws from the EU for five years would be able to apply for "settled status" (a form of permanent residence).  Those who had been in the UK for less than five years would be able to apply for a temporary residence permit which would enable them to complete the five year qualifying for settled status.  EU citizens entering the UK during the transition period after it has left the EU would be subject to UK immigration law.  They would automatically be granted UK immigration permission on entry which would enable them to undertake the same activities as if they still benefitted from EU free movement rights.  However, before the end of the transition period, they would need to apply for immigration which would enable them to continue to remain in the UK post-transition, whether that be to live, study or be self-sufficient.

However, in what looks like a case of two steps forward and one step back for the negotiations, the EU has said that it wants EU citizens entering the UK during the transition period to benefit from full free movement rights and only to be subject to UK immigration law after the end of the transition, likely to be December 2020. Whatever your views on the rights and wrongs of the EU position, it is disappointing that something that appeared to have been settled seems to have now been reopened, creating more uncertainty for those EU citizens who may be wishing to enter the UK post-Brexit and employers who are trying to plan their future recruitment strategy, especially if they operate in industries which traditionally employ a high number of EU citizens.  In order to reach a deal on the post-Brexit arrangements in what has always been a tight timetable, it is important that both sides know exactly what has been agreed before moving on to the next area for discussion.  The last thing anyone wants is negotiations to be reopened in areas where it appeared that agreement had been reached.  Bearing mind that the issue of EU citizens rights post-Brexit was initially seen as one of the least controversial areas, the lack of clarity that this announcement appears to have exposed does not bode well for the future negotiations.

It is to be hoped that this disagreement is swiftly resolved so that the negotiations can move onto other, equally pressing matters and EU citizens who are currently in the UK, or looking to move to the UK in the future, will be able to plan with more certainty.

Theresa May has indicated she will fight a proposal to give residency rights to EU citizens during the transition period after Brexit. 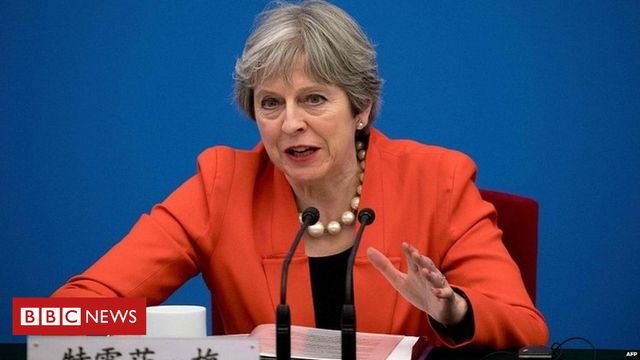 Theresa May indicated that she will fight a proposal to give residency rights to EU citizens during the transition period after Brexit #bbcqt https://t.co/fIB7KnagWn pic.twitter.com/0Dc4fArxoX