The EU, OECD and the UK are in a race to re-write long-established tax rules in pursuit of taxing the digital economy.

Last year, several European countries (initiated by France, Germany, Spain and Italy) called for a turnover tax on digital businesses. EU Finance Ministers gathered at the December 2017 ECOFIN meeting to discuss the proposal; however they were unable to reach a consensus. The Commission agreed to go away and prepare a proposal that might be more palatable.

Meanwhile, the UK surprised many when it published its position paper on taxing the digital economy at the 2017 Autumn Budget. A couple of weeks after the UK consultation closed, the UK's Financial Secretary to the Treasury, Mel Stride, said in an interview with the BBC that a revenue tax was the "potentially preferred route to go". This is an indication of the UK Government's readiness and resolve to take unilateral action.

Since then, a copy of the EU digital tax proposal has been leaked. The long-term, comprehensive, solution aims to develop a definition of a digital permanent establishment and new profit allocation rules via an EU Directive. The targeted interim solution (read: turnover tax based on user participation) has some similarity to what the UK put forward. We can expect to see a revised proposal by mid-March. The initial proposal targets large businesses that have intensive user participation. Some digital subscription models, like Netflix, are specifically out of scope. The premise being that the users' contribution to the value of a digital business is not captured by the existing corporate tax system. A tax rate of between 1 - 5 per cent has been proposed on gross revenues associated with the exploitation of digital activities.

One of the main difficulties cited for a multilateral solution is the ability to reach an agreement on identifying and valuing profit associated with users. It is not clear how agreement on this point will be any easier with a turnover tax. And surely, the efforts to reach an interim solution would not be better served by working towards the comprehensive solution. Once an interim measure is in place, it is difficult to see whether there is sustained interest in developing a long-term solution. Some EU Member States will be unwilling to give up their new source of tax. And, the likelihood of non-EU counterparts (like the US) coming round to the idea of renegotiating treaties will diminish.

With all that said, the OECD remains busy on a multilateral solution and has urged countries not to introduce damaging unilateral measures. They are due to release their interim report in April but it will be too late to change the course. Pascal Saint Amans (OECD Director of Taxation) recently said it was their ambition "to find a long-term solution, [but] you need to change tax treaties, you need to adapt transfer pricing rules and that's going to take time."

The question that lingers is will there be any winners in this race? In the short-term the source of new tax receipts from a turnover tax will be welcomed, but in the long-term the prospect of double tax and increased disputes is not in anyone's interest.

A European digital tax “is happening” and Brussels is ready to “lead by example” to “push global partners to act” to resolve the “deep schism between where digital profits are generated and where they are taxed (if at all).” 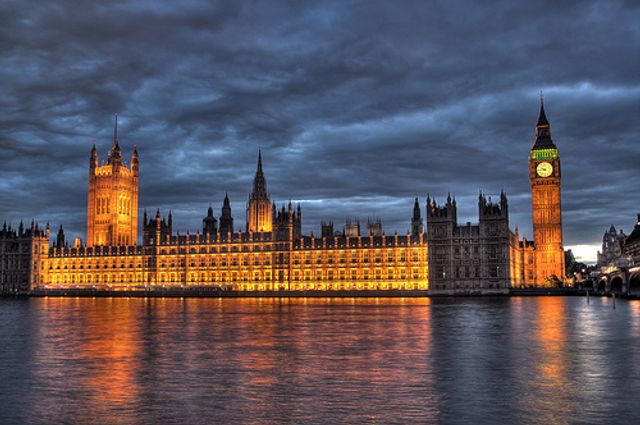 Brussels is setting the rules for the global digital economy often to the dismay of Silicon Valley and Washington https://t.co/2Y8D3F72pY

Before presenting new digital tax proposals, the European Commission may want to delete its own expert report concluding that “there should not be a special tax regime for digital companies": https://t.co/kdUJRjko1a pic.twitter.com/tHhdiKABM5