The UK's tech sector was recognised as a beacon in the Spring Statement, attracting skills and capital from around the globe, so it was only fitting that the tax related measures in the Spring Statement focused on entrepreneurs and tech businesses. On the one hand, the government celebrated the role innovative companies play in the UK economy, for example, the ambitions of entrepreneurs to build large-scale businesses; creating high skilled jobs; and even developing emerging technologies that can help collect tax. On the other hand, the government acknowledged the challenges the digital economy presents for the UK tax system, both in terms of fairness and sustainability of tax revenues.

In keeping with expectations, the Chancellor did not announce any immediate tax changes, instead a series of consultations were published along with an updated position paper on how to tax the digital economy.

Tech companies should welcome the government's commitment to take forward recommendations from last year's Patient Capital Review to strengthen the UK as a place where innovative firms can access long-term finance. A consultation on a new tax-privileged EIS fund structure has been published to encourage indirect investments in knowledge-intensive firms. Four options for investor tax relief have been presented including a dividend tax exemption and further CGT and income tax relief. The government is keen to know which incentive would be most effective in attracting patient capital in innovative knowledge-intensive businesses.

Another consultation, spun-out from the Patient Capital Review, aims to alleviate a quirk in the Entrepreneurs' Relief ("ER") rules. Currently, ER provides a lower rate of CGT (10%) on gains from qualifying disposals of business assets. One of the key conditions that needs to be satisfied is that the person making the disposal must have held at least 5% of the company's ordinary share capital throughout the 12 months immediately preceding the disposal. In situations when a company embarks on raising funds through a share issue, existing shareholder interests may become diluted, disqualifying individuals from being eligible for ER. The government proposes to address this by allowing individuals to make an election when they cease to qualify for ER so that they can access ER on gains accrued at that point. Payment of the tax can be deferred until the shares are sold in the future.

Those who have followed the international debate about how to tax the digital economy will be interested in (and perhaps concerned by) the government's update on this topic. At the 2017 Autumn Budget the government surprised many with its intention to potentially raise revenue from digital businesses through a tax on revenues generated from UK users. The update published at the Spring Statement sets out the government's thinking on the misalignment between where digital businesses are taxed and where they create value. Whilst there is continued and preferred support for a multilateral solution to reform the existing international corporate tax framework, the UK government remains convinced by an interim revenue-based tax. The UK stands ready to implement this on a unilateral basis in the absence of sufficient multilateral support. The EU has been working on a similar proposal, however it will depend on the speed and scope of this as to whether it is seen as an adequate multilateral solution for the UK.

In keeping with previous work to improve tax collection, the government has published three consultations to tackle non-compliance. The first consultation seeks to extend the role of online platforms in ensuring income tax compliance by their users. Online platform operators have worked collaboratively with the government to tackle VAT non-compliance by sellers; however there will be concern about this mission creep of responsibility to income tax. The second consultation explores options for split payment as a method for collecting VAT on online sales by overseas sellers, potentially imposing VAT withholding obligations on merchant acquirers, PSPs and / or card issuers who would be required to siphon off the VAT on transactions and pay it directly to HMRC. The third consultation strikes a more positive note, and explores removing barriers to digital payments in the new economy. The rise of e-commerce and mobile technology has reduced the need for cash transactions and, with one eye on cracking down on a minority who use cash to evade tax and launder money, the government is keen to promote cashless and digital payments. Tech companies behind this new technology should welcome the government's support in this field.

Overall, it is a mixed bag for tech companies. Whilst the Chancellor applauded the fact that a new tech business was founded somewhere in the UK every hour and despite the barriers the government has removed to support these businesses, there's a risk that some of these measures could blunt the UK's competitive edge.

Mr Hammond remained true to his word not to announce any new tax or spending commitments in his first, pared-back Spring Statement. But he announced several consultations on tax issues, including one to explore how online platforms such as Airbnb can “help their users to pay the right amount of tax”. The Treasury also published suggestions for how the UK government could tax large digital businesses, along with proposals to ensure that online companies pay value added tax owed to ensure this flows to the exchequer. 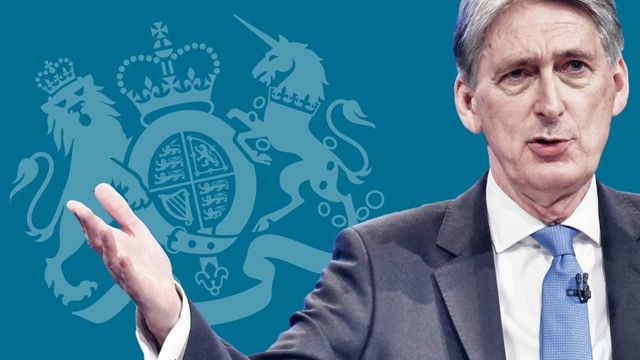 Philip Hammond, UK finance minister, says 'there is indeed light at the end of the tunnel' as he signalled an easing of austerity after a decade of severe public spending restraint. On Tuesday he presented upgraded forecasts for the UK public finances https://t.co/vA2R8zS4v4 pic.twitter.com/dmStnaIRoe