Finally, after the cap for Tier 2 (General) was exceeded for the sixth month in a row in May, the Government appears to be accepting that something needs to be done.

The reality, which is borne out by the many conversations that we are having with our clients, is that the UK has become a less attractive destination for EU workers due to the continued uncertainty caused by Brexit.  Consequently, faced with a shortage of the required skills in the local labour market, companies are having to source individuals with the required skills from outside the EU, which is putting increased pressure on the Tier 2 (General) limit, which applies to non-EU nationals living outside the UK which companies wish to sponsor to work in the UK.

It will be interesting to see what steps the Government will take to address the difficulties that companies are having in sponsoring non-EU nationals to fill skilled vacancies in the UK.  It is unlikely to raise the Tier 2 (General) cap, which is currently set at 20,700, as that could be seen as running contrary to the Conservative's pledge to reduce net migration to below 100,000.

One solution could be, for example, since the NHS is currently struggling to bring in doctors under the cap, the Government could decide to add all doctor jobs to the Shortage Occupation List.  This would mean that these positions would move to the top of the ranking system which applies when the cap is exceeded and they would certainly then be issued with Certificates of Sponsorship (CoSs) (essentially work permits) under the Tier 2 (General) limit.  However, this would put pressure on other sectors of the economy as it would effectively increase the minimum salary that employers would have to pay to bring individuals into the UK to fill vacancies which are not on the Shortage Occupation List.

When the cap is exceeded those roles on the Shortage Occupation List are issued with CoSs first and the remaining applications are ranked mainly according to salary.  This has meant that, although the minimum annual salary for Tier 2 (General) is technically £30,000, in order to be issued with a CoS under the cap in May, the position had to attract an annual salary in excess of £55,000.  Consequently, if more CoSs were issued for jobs on the Shortage Occupation List, less CoSs would be available for the remaining positions which would result in the minimum salary being pushed even higher.

Alternatively, the Government could remove medical positions from the cap entirely.  However, there is no guarantee that this would reduce pressure on the cap since, if the vast majority of these roles attracted salaries of less than £55,000, it would not actually bring down the minimum salary level required for a successful application under the cap.  In addition, other industries may query why it is only the NHS which is being prioritised.  There are other sectors which are, arguably, equally as important to the UK as a whole, particularly economically, which are also struggling to fill skilled vacancies.  Companies in these sectors would therefore also like jobs in their fields to be excluded from the cap.

There therefore does not appear to be a simple solution to this issue, beyond increasing the cap.  Unfortunately, since the Government is currently receiving applications for double the amount of CoSs available under the cap, the increase that would be required may be above what the Government is prepared to countenance whilst still being bound by a pledge to reduce migration to the UK.

It remains to be seen what steps the Government will take to address an issue which is affecting both the private and public sectors, and, if it is not resolved, could end up putting a brake on UK economic growth. 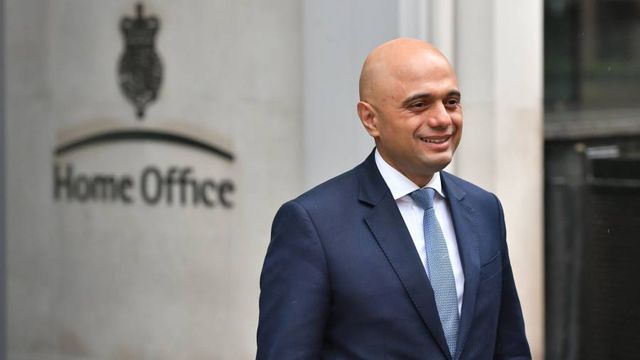 Wise words. Let’s start by lifting the cap on Tier 2 #NHS workers & taking students out of the numbers. Let’s then have an honest debate about the positive benefits of #immigration https://t.co/gq8G66CVZn

We welcome the Home Secretary’s announcement that he will review the tier 2 visa cap, he must now offer a practical solution that will ease the strain on an #NHS under escalating strain https://t.co/hFqDTEHxFu

"Sajid Javid has stated his objective to ‘take another look’ at immigration policy. He is right - there is a better way, and one that doesn’t involve abandoning targets altogether" says @PhoebeGriffith. Have a read to find out more 👀📚https://t.co/HXcTKeMEqM