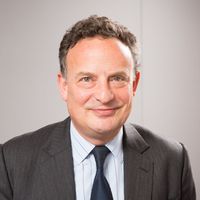 I was delighted to attend and speak at the International Bar Association’s 17th annual conference on international mergers and acquisitions in New York earlier this month.

The event provided an invaluable platform for M&A practitioners from across the world to discuss developments in the world of corporate acquisitions and takeovers.

More favourable valuations for European companies than in the United States are contributing to a rise in shareholder activism on this side of the Atlantic.

This perhaps also reflects an increased familiarity on the part of US activist funds with the shareholder base of European companies, as well-known global US-based asset managers and institutional investors increase their positions here and activists that previously targeted US concerns reach out to European-headquartered organisations that have similar global businesses to their US-based counterparts but happen to be traded on other markets.

Companies in the UK and continental Europe operate on a subtly different framework from those in North America. In particular, the balance of decision-making between directors and shareholders, and the steps shareholders can take to displace underperforming boards, can differ substantially. It will be interesting to see how tactics deployed in the US will be adapted to work in European markets.

The rise of protectionism

High on the agenda was the perceived increase in protectionism globally, but particularly in the West. In the media this has most recently cropped up in the form of recent US tariffs on imported metals and the possibility of retaliatory measures by Canada, Mexico and the European Union. The focus has been on trade, rather than capital, in the main. But there are signs of changes in attitude to the free flow of ownership of capital assets.

In the UK, this is reflected in proposed long-term reforms to our domestic merger control regime, designed to give the Government greater power to intervene in and potentially block acquisitions and investments with a national security dimension.

Bidders need to be seen to offer a compelling case to get a smooth ride. We have recently seen the first two examples of bidders on a UK takeover giving so-called “post-offer undertakings”, where they commit to a particular course of action following the acquisition. These have generally been used to allay concerns by the Government and other stakeholders over the possible movement of production, R&D and human capital out of Britain to other parts of the world.

I suspect post-offer undertakings will become more common on UK takeovers, particularly where the size of the deal and the nature of the target business arouse particular stakeholder interest or where there are strategic issues at stake. Changes to the Takeover Code post-Cadbury/Kraft have given target boards more leverage to extract these.

All of this has the potential to suggest the UK is becoming more guarded against foreign investment. Add to this the current uncertainty over the likely outcome of the negotiations for the UK’s withdrawal from the European Union, and what consequences might ensue if the Government is unable to agree on a position, and one might be forgiven for seeing bleak prospects for M&A in the UK.

However, the overall feeling at the conference was that there is no need to suspect global takeover activity will be dampened, and that there are currently more tailwinds than headwinds.

Indeed, firms looking to make an acquisition in the UK may be motivated to act sooner, rather than later, before the proposed merger control changes are implemented and those political headwinds get any stronger.