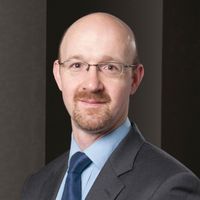 Last week's report by the House of Commons Women and Equalities Committee into sexual harassment in the workplace looked closely at the role of regulators in addressing unacceptable behaviour in their respective sectors.

All regulators are subject to a Public Sector Equality Duty under the Equality Act 2010, which obliges them to have regard to the need to eliminate discrimination and harassment, and to advance equality of opportunity.  The Committee's report is critical of regulators' perceived inaction - the report is a call to arms, making two recommendations that affect financial services.  The first is that all regulators should publicise an action plan setting out steps to ensure employers protect their staff from sexual harassment.  The second is more challenging - the Committee suggests that inadequately addressing sexual harassment at work should lead to the failing of the fit and proper test for regulated individuals.

That test requires firms to look at (1) honesty, integrity and reputation; (2) competence and capability; and (3) financial soundness.  The FCA's guidance already deals with the possibility that regulated individuals might have committed criminal offences or faced internal disciplinary proceedings, but gives firms a wide margin of appreciation - essentially, each case must be assessed on its own facts.

The wide range of possible offences in this area, and the wide range of legitimate employer responses, mean that changing the existing fact-sensitive test set out in the FCA Handbook is likely to be fraught with complexity.

The Committee's recommendation that perpetrating an act of sexual harassment should automatically lead to failing the fit and proper test appears uncontroversial at first sight, until one remembers that sexual harassment encompasses a wide variety of behaviours, from sharing an offensive joke on email to serious sexual assault.  An automatic blanket response may not adequately reflect the varying degrees of seriousness encountered in practice.

Firms should expect greater proactivity from the FCA, and ensure their conduct and disciplinary processes deal adequately with sexual harassment allegations in particular.

Regulators must make it clear that sexual harassment by regulated persons is a breach of regulatory requirements by the individual and their organisation, that such breaches must be reported to the appropriate regulator, and that such breaches must be taken into account when considering the fitness and propriety (or equivalent) of regulated individuals and their employers. Perpetration of or failure to address sexual harassment in the workplace must be recognised as grounds for failing a ‘fit and proper person’ test or having professional credentials removed. Regulators should also set out the sanctions for perpetrators of sexual harassment in their sectors. The victim themselves, however, should not be under any obligation to report, nor should they face sanctions for failing to report to their regulator.

Third-party harassment in the wake of the Presidents Club scandal - is more legislation the answer?
Matthew Ramsey