The Migration Advisory Committee (MAC) released its long awaited report on the effects of EEA migration into the UK, which contains its recommendations for a post-Brexit immigration.

The MAC states that it would not be possible to implement its recommendations by the time the UK leaves the EU on 29 March 2019. Consequently, it agrees with the UK Government's current position that a transition period, during which EU nationals would effectively be able to continue exercising EU Free Movement rights, should be put in place even in the event of a no-deal Brexit. Any new system should therefore come into effect on 1 January 2021, which is when it is currently proposed that the transition period would come to an end.

The report runs to some 130 pages and its main conclusions are that:

On Tier 2 (General), which is the immigration category which allows highly skilled non-EEA nationals with a job offer from a UK company to work in the UK, the MAC has made the assumption that this category will continue to apply to non-EU nationals post-Brexit. Since the MAC recommends that EU nationals should not be given preferential treatment under any new immigration system, unless this is agreed as part of a comprehensive trade agreement, it has assumed that this category will be extended to EU nationals post-Brexit. As I have commented in a previous blog, in my view, this will place a huge burden on the Government and UK employers. The MAC appears to recognise this and has recommended that the following changes be made to this route:

The report does not comment on how the UK immigration system should manage international students post-Brexit, or whether a new post-study work category should be brought in to allow international students who have graduated from a UK institution to remain in the UK  to work for a short period.  Recently, there have been calls from universities to reinstate the Tier 1 (Post Study Work) visa, which was abolished in April 2012, and had allowed graduates to work unrestricted for two years.

The MAC has also not come up with proposals on how the large number of EU nationals who enter the UK as self-employed people or to establish small businesses will be catered for under a new system. The only immigration category which does allow self-employment is the Tier 1 route but the majority of these categories require applicants to make a substantial investment in the UK, while EU nationals can currently establish companies or work as self-employed without making any investment into their businesses. The MAC simply states that the workings of the Tier 1 routes are "unclear" to them and they cannot therefore provide any guidance.

If the MAC's recommendations were implemented in full, it would actually have the effect of rolling back a large number of the changes that have been made to the Tier 2 category by the current Government over the last 10 years, which have included increasing the minimum skill level for Tier 2 and introducing an annual quota for Tier 2 (General).

UK visas: EU workers after Brexit 'should get no special treatment' 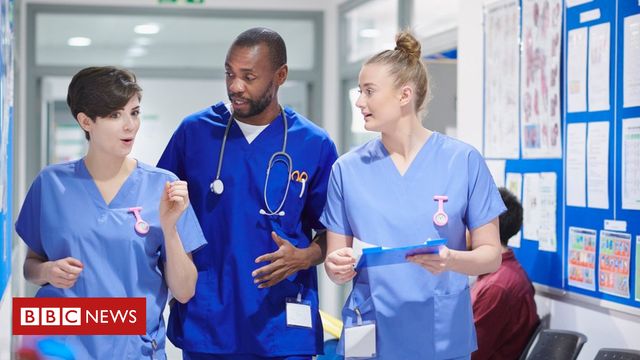 ‘If all EU migrants disappeared tomorrow it would cost taxpayers £8 billion or 2 pence on the rate of income tax.’

Ian Mulheirn from the Migration Advisory Committee, which says the UK should scrap the limit on skilled migrants post-Brexit.https://t.co/JG1QlVQMr0#VictoriaLIVE pic.twitter.com/33e5Al2Sk4

If the Govt responds to the Migration Advisory Committee report by reducing immigration at the expense of growth it will damage the UK for years. The Govt is only motivated by an ideological migration target, regardless of the cost to real people. https://t.co/bNBoOxIgaT