Corporates in the dock: Is “failure to prevent economic crime” now inevitable?

Sir Brian Leveson and Lisa Osofsky today called for an expansion of corporate criminal liability in front of the ongoing House of Lords committee on the Bribery Act 2010. The interventions of Leveson, President of the Queen’s Bench Division, and Osofsky, the recently appointed director of the Serious Fraud Office, will only add to growing momentum in favour of giving prosecutors expanded powers to tackle corporates.

With notable recent exceptions, such as section 7 of the Bribery Act and a similar “failure to prevent” tax evasion offence contained in the Criminal Finances Act 2017, corporate liability for economic crime arises from the identification principle. The identification principle has long been regarded by the SFO as restricting their ability to act due to the difficulties inherent in identifying a person who is the “directing or controlling mind or will of the organisation”. It has long been a complaint of prosecutors that the principle creates an unfair playing field – penalising smaller and less diffuse companies for whom it is easier to clearly identify levers of control.

In front of the committee, Leveson strongly promoted the importance of “failure to prevent” style offences in shifting the onus onto the corporate to prove they had adequate procedures in place. He later added "[i]f the committee is looking at wider position, extending this to other offences of fraud would be something I think would be in public interest.” Leveson’s comments will be noted with particular interest given that he has presided over every Deferred Prosecution Agreement (DPA) since their introduction in 2013. DPAs have been growing in prominence as an alternative to corporate prosecution, allowing for a fine and remedial action instead.

On prosecuting corporates at the SFO, Osofsky noted that “[i]t’s difficult for us. An extension of the rules of corporate criminal liability might find us not as hamstrung”. As an ex-federal prosecutor, she made favourable reference to the US system wherein corporates can be held vicariously liable for the actions of their employees, adding “[i]f I couldn’t get vicarious liability I would be happy having a failure to prevent offence that I could use across the whole arena of economic crime”.

Today’s comments follow on from last year’s call for evidence by the Ministry of Justice, which interrogated different proposals on the issue of corporate liability for economic crime. The Government has yet to publish the findings, and interest in them will only increase following the evidence given to the Select Committee today.

If the committee is looking at wider position, extending this to other offences of fraud would be something I think would be in public interest 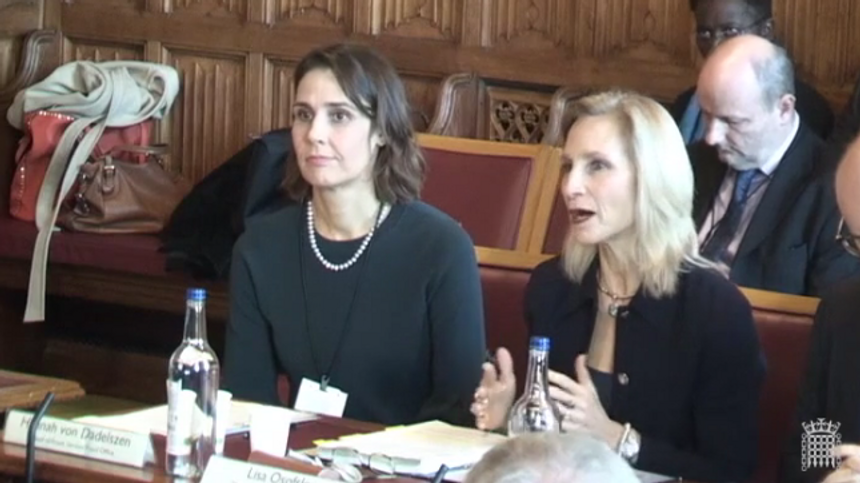