One of the challenges of the UK immigration system that applies to non-EEA nationals is that effectively it only offers a route for highly skilled migrants wishing to relocate to the UK. This is deliberate. When the current scheme was put in place back in 2008, though it included a category for low-skilled workers, the UK Government did not implement it as they were of the view that there were sufficient numbers of migrants coming from the EEA to fill the jobs that would be covered by this route.

Sectors which rely on low-skilled labour, such as construction and hospitality, employ a relatively high number of EEA nationals compared to other areas of the UK workforce. They will therefore be the most affected if the UK Government follows the recommendations of the Migration Advisory Committee and simply applies the current UK immigration system to EEA nationals after the end of the agreed transition period.

However, the UK Government has given employers some hope. It has stated that, contrary to the Migration Advisory Committee's recommendations, it would consider implementing a low-skilled immigration category aimed at certain sectors, though this category would be temporary in nature.

Leaving aside the arguments about whether an ever-changing stream of itinerant workers is what the UK needs to effectively fill long term shortages in certain sectors, the question has to be asked whether, if such a short-term immigration category were to be introduced, would anyone actually want to come to the UK to work on this basis?

EEA nationals who come to the UK to undertake low-skilled roles currently have the ability to live in the UK permanently. This opportunity will be lost if, going forward, they will only be permitted to come to the UK to work for a short period, which could be less than 12 months, before returning to their home country.

EU migration is declining before the UK has even left the EU and, if current trends continue, will soon reach parity (that is the number of EU nationals coming to the UK will equal the number of those leaving). This is at a time when EU nationals entering the UK now, under the terms of the EU Settlement Scheme, still have the opportunity to remain in the UK indefinitely.

Accordingly, when that incentive is removed completely, who will actually want to come to the UK to undertake a low-paid, low-skilled job under a short-term temporary immigration category, especially at a time when a number of Eastern European countries are experiencing higher wage growth than the UK?

The number of job vacancies in the UK currently stands at around 800,000 (and is continuing to increase) at a time of historically low unemployment. Consequently, it is just not possible to fill these vacancies with local workers. The UK therefore needs to look further afield to find the workers to fill these roles. Unfortunately, employers cannot simply pay migrant workers more for undertaking low-skilled roles. This is because the Tier 2 skilled worker visa category, which is a long-term status offering a route to permanent residence, has both a minimum skills and salary threshold. Consequently, in order for employers to take on migrants to fill these roles, a low-skilled immigration route will have to be introduced. However, it is likely to be difficult to entice overseas workers to come to the UK to take these jobs if this route only allows individuals to come to the UK on a short term basis and does not lead to permanent residence.

In order to attract workers from outside the UK to take these jobs, the UK Government should therefore consider creating a low-skilled immigration route which either allows individuals to remain in the UK on a long-term basis and leads eventually to permanent residence or, potentially, allow them to move into the Tier 2 skilled worker route.

If one of these measures is not introduced, it is difficult to see what the incentive would be for migrants to come to the UK to undertake these roles on the basis of a short-term immigration status. This would leave these roles unfilled, resulting in a potentially catastrophic effect on the UK economy. 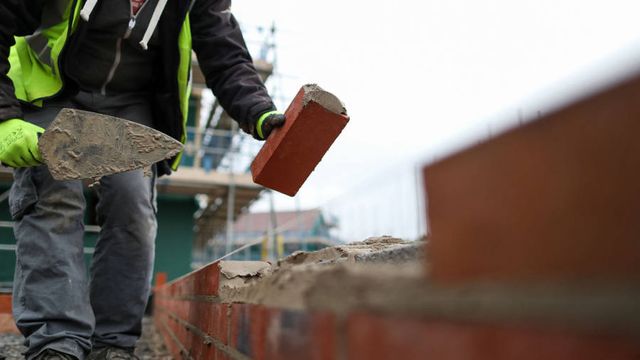