Lisa Osofsky, the director of the Serious Fraud Office (SFO), made some very interesting statements yesterday at a conference signalling her aspiration to make more use of the Serious Organised Crime and Police Act 2005 (SOCPA) immunity provisions.

Section 71 SOCPA enables a specified prosecutor (including the director of the SFO - s71(4)(c)) to offer any person immunity from prosecution for any offence if they think it is appropriate to do so for the purpose of an investigation or prosecution.

In the USA, this sort of "plea deal" approach to investigations is common and can be used to great effect. However, in the UK s71 SOCPA immunity deals are rarely used and there can be a lot of resistance to them; there are very few examples of these sorts of agreements being entered into since SOCPA came into effect.

There is an important issue with s71 agreements of who should move first - the prosecutor agreeing a deal or a suspect giving information. Under s71(3) SOCPA an immunity notice ceases to have effect where a person to whom it is given fails to comply with any conditions specified in it. To make more use of these agreements, the SFO may therefore have to make the first move more often. The devil will then be in the detail of its "conditions" that an individual can be held to in exchange for their immunity.

Osofsky's interest in this sort of approach - and her other comments supporting the idea of witnesses wearing wires to help provide information - no doubt come from her background as a prosecutor in the USA (but it should be noted that she denies wanting to "Americanise" the UK justice system). We will therefore continue to watch with interest how these ideas develop in the UK. There seems to still be a long way to go before we see "supergrasses" in the UK helping the authorities conclude successful prosecutions.

But she [Osofsky] said cooperating witnesses can be especially helpful in cases juries may find difficult to follow. “Insiders can bring cases to life,” she said. “Our juries could live with a little bit of leniency for someone who had been on the inside and has given extraordinary cooperation to the government.” 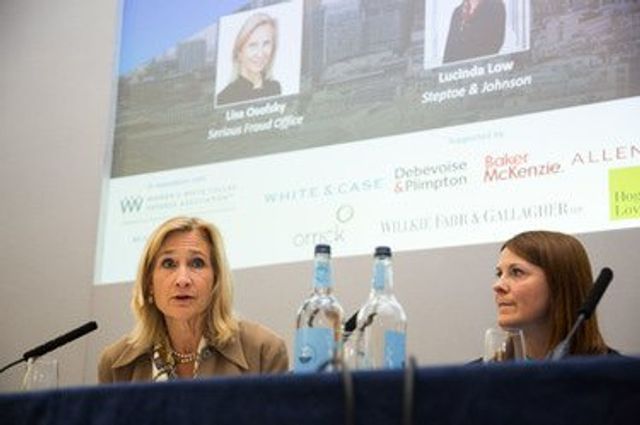