The Home Secretary, Sajid Javid, has asked the Migration Advisory Committee (MAC), an independent group of economists and academics, to investigate whether the UK government should consider introducing regional salary variations for work visas.

The government, on the advice of the MAC, has previously resisted calls to introduce regional variations on the grounds that it would increase the administrative burden on the Home Office and would not contribute towards the central policy aim of reducing net migration to the UK.

At present, migrants can be sponsored by organisations to work in the UK under Tier 2 (General) of the Points Based System. Migrants are sponsored to perform a specific job, for a specific organisation, in a specific work location, for a specific salary. Tier 2 (General) workers are also required to earn a minimum salary of at least £30,000, or the minimum salary for the role as specified by the Home Office, whichever is the higher, to qualify for a visa. There are many exceptions to this rule for example, students who are switching into Tier 2, migrants who are under 26 at the time of application and some jobs such as nurses. About 25% of all Tier 2 (General) visas qualify for one of these exemptions.

The minimum salary thresholds are due to be extended to EU nationals from 2021 and this has caused concern amongst employers in light of expected labour shortages post-Brexit. The minimum salary thresholds are based on national averages. This means that the higher living costs and wages in London and the South East, combined with the fact that a significant proportion of the national workforce is in this region, result in the minimum salary thresholds being much higher than average salaries for the rest of the UK. Consequently, smaller employers outside the capital struggle to pay this level of salary to individuals they wish to sponsor due to the fact that they cannot find local workers to fill vacancies.

Therefore, it has been suggested that regional variations to the salary threshold be introduced whereby jobs outside London, for example, could attract a lower salary threshold. This would assist both employers concerned about post-Brexit labour shortages and encourage more migrants to seek roles outside of London and the South East (where 50% of all migrants in the UK live). Migrants are already subject to restrictions on where they can work and Tier 2 compliance is felt to be robust, so the Home Office could introduce a regional code to certificates of sponsorship (work permits) and monitor salary thresholds this way. It would then be up to employers to enforce the rules, as they do now.

A further question is which regions are being considered. Given the disparity between London and the rest of the UK, the Home Office may keep the current salary thresholds for London only. It is worth noting at this point that, as some observers have mentioned, introducing a regional salary system could mean that the minimum salaries for jobs based in London may have to rise. Alternatively, there could be a multi-region approach with Scotland, Wales, England, and Northern Ireland all having different thresholds with England split into further sub-regions. The Scottish government has requested that migration policy be a devolved power so that Scotland could develop an independent migration policy, but the UK government has so far been resistant to this proposal.

Regional variations exist in, for example, Canada, Australia and Spain, but these countries have a federal structure where regional or state governments operate with more autonomy from central government. The UK's more centralised structure makes introducing regional variations in the UK immigration system a conceptual challenge as opposed to an administrative one. However, given the potential that introducing a regional salary system has to encourage overseas firms to invest in areas outside of London, where they may have previously had difficulty in recruiting skilled workers to fill specialist roles, it is good to see that this option is now being seriously being considered.

The MAC is due to report in January 2020 with their views ahead of the new immigration system roll-out from January 2021. 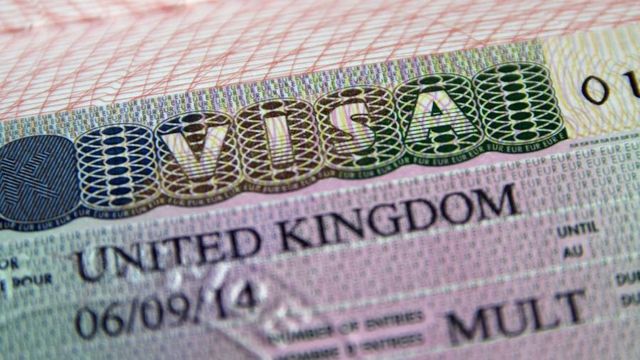