As the prospect of a no-deal Brexit looms large, the government has released further details on how new arrivals from the EU after 31 October 2019 will be treated. The announcement marks a notable change of direction from that adopted by the previous ministerial team.

The key headline is that freedom of movement will come to an end immediately should the UK leave the EU without a deal.

Previously, the government had announced a transitional arrangement until 31 December 2020 allowing EEA nationals to enter the UK to work visa free for three months. If they intended to stay for longer than three months, they could register for "European Temporary Leave to Remain" valid for three years with an unrestricted right to work. At the end of those three years, migrants would have needed to switch to a visa category in the immigration rules in place at that time.

In essence, this was a generous, unilateral, modified version of freedom of movement allowing a relatively gentle transition until EEA nationals became subject to a new immigration system from 1 January 2021.

The announcement means that these plans are to be re-worked. The Home Office release stated that a new "Australian style points based system", as previously proposed by Mr Johnson, will be introduced. This may happen as early as 31 October 2019, though the Migration Advisory Committee - who has been asked to prepare policy proposals - has not yet completed its report.

The Home Office has confirmed that EEA nationals will be able to continue to come to the UK visa free as visitors for tourism or business purposes and will still be able to enter through the e-gates.

However, this announcement appears to indicate that, in the event of a no-deal Brexit, EEA nationals who wish to enter the UK to take employment, self-employment, study or live in the UK on a long term basis will have to comply with new immigration rules. This would be a sudden and extreme change and it remains to be seen how, operationally, the Home Office could cope with the increased number of visa applications.

One potential unexplored impact will be on employers who rely on EEA labour for low or medium skilled roles, since it is only possible to sponsor highly skilled migrants under the current immigration system (albeit skill and salary levels are also expected to be up for downwards review).

The legal and operational details of the government's proposals are eagerly awaited: it will be interesting to see how the changes the government is intending to make to the system, which "are being developed", will address the issues highlighted above and whether they can indeed be introduced by 31 October 2019.

In the meantime, those EEA nationals who are currently in the UK and have yet to apply for status under the EU Settlement Scheme may wish to do this as soon as possible before the inevitable rush which is likely to occur as we approach 31 October. In addition, EEA nationals considering coming to the UK towards the end of the year or early next year, may wish to consider accelerating these plans to ensure that they enter the UK before 31 October and are therefore able to benefit from the EU Settlement Scheme.

Brexit: Freedom of movement 'will end' says the government 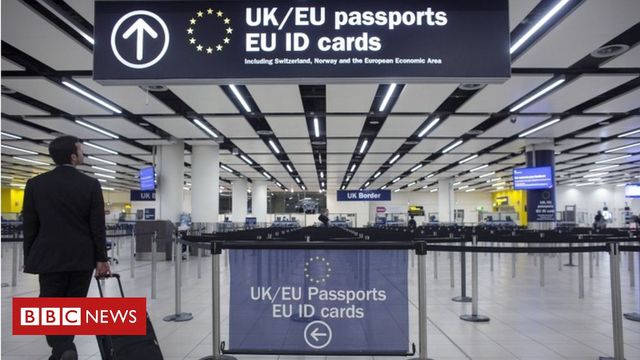 Planning for the future – Government proposals for reform
Rebecca Delaney

What should businesses expect in a competition policy response to the coronavirus pandemic?
Sophie Chesterton
repost  cancel