A special report by the Financial Times has investigated the tensions faced by companies struggling to navigate overlapping and sometimes contradictory international sanctions regimes. The withdrawal of the United States from the Joint Comprehensive Plan of Action, informally known as the “Iran Deal”, in May 2018 has exposed a wider international complexity, in which multinational companies find themselves at the mercy of global power struggles.

This “legal labyrinth” has emerged gradually from a growing divergence between US and European Union sanctions policy. The US Treasury’s Office of Foreign Assets Control (OFAC), which administers and enforces US sanctions policy, has adopted a robust approach to enforcement of its vast and sometimes nebulous sanctions regulations. Recent data on OFAC designations shows that the years between 2017 and 2019 represent the highest frequency of entities and individuals being “designated” – added to OFAC’s list of sanctioned persons – as well as the highest incidence of sanctions enforcement actions, since the turn of the century. OFAC collected $1.3bn in monetary penalties in 2019 alone from sanctions violations.

Meanwhile, the European Union has refused to follow US policy in key areas, Iran being one example, and has chosen to keep much recent activity confidential. The relevant lists of sanctioned persons differs between the US and the EU, making global supply chains vulnerable to a breach of one regime whilst dealing with entities permitted by another. The speed at which sanctions regulations can be initiated – sometimes overnight by Executive Order in the United States, has added to the headaches facing multinational companies who seek to stay on the right side of global enforcement.

OFAC has been unafraid to adopt an expansive jurisdictional reach in the face of protests from Europe. It has shown itself willing to impose large penalties against foreign companies for sanctions violations, and the growing use of secondary sanctions – which seek to coerce non-US persons into compliance with US sanctions regulations, has heightened regulatory tensions between Washington and Brussels.

The recent imposition of secondary sanctions against Iran has had the effect of forbidding EU companies from trading with the country, even if they are not subject to US jurisdiction. This wrought a response from Brussels in the form of the so-called EU Blocking Statute. The blocking statute has ratcheted up an already confusing climate for European companies, as it makes compliance with US sanctions on Iran a violation of the EU regime – “The result has been that EU businesses are effectively caught between the requirements of the blocking regulation and the US’s secondary sanctions.”

The EU’s creation of Instex – a special purpose vehicle that sought to help European companies facilitate trade with Iran despite US sanctions, has had significant trouble getting off the ground. Despite being technically made operational in June 2019 with the purpose of facilitating “legitimate trade” between Iran and EU Member States, Instex has been beset by diplomatic squabbles - fear of a US enforcement backlash appears to have stilted the project from inception. At the time of writing, Instex has restricted its ambitions to facilitating the transfer of a small amount of humanitarian aid to Iran – less than a million Euros.

Prevention remains the best strategy for businesses seeking to avoid the many pitfalls that await, the FT report emphasises the importance of pre-screening customers, counterparties and suppliers against both US and EU sanctions lists. They should also perform due diligence on any intermediaries at arm's length in the supply chain, and ensure they can effectively screen the final users of products and services.

No amount of measures, however, can fix ambiguously worded legislation or bridge inconsistent global frameworks born of geopolitical conflict. Effective multi-jurisdictional legal advice will remain essential for those seeking to navigate an increasingly fractured landscape. 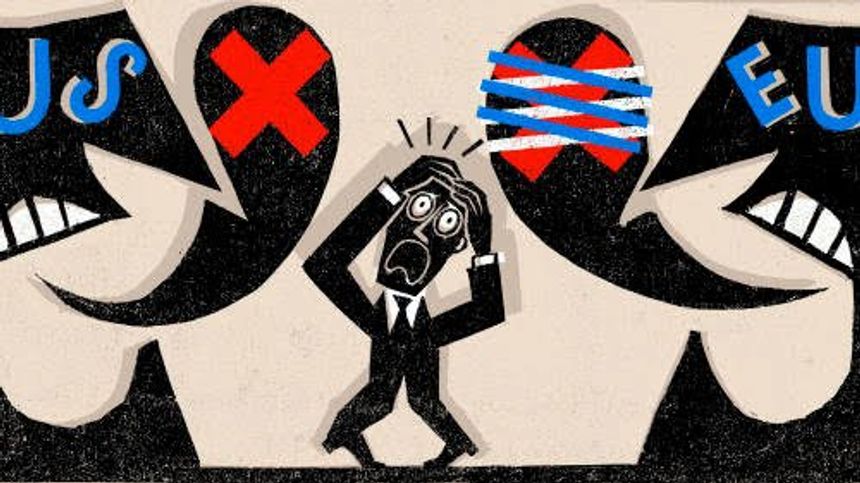