This browser is not actively supported anymore. For the best passle experience, we strongly recommend you upgrade your browser.
All Posts
October 30, 2020 | 1 minute read

The Serious Fraud Office (SFO) has agreed its ninth deferred prosecution agreement (DPA), which has now received approval in the Crown Court.

This brings an end to an investigation that has been ongoing since 2015 into various acts of bribery committed on behalf of the defendant company, which provided refurbishment services for commercial aircraft. Bribes were paid during the period 2011-2013 in order to secure three contracts on the company’s behalf worth more than £7m.

A particular quirk of this DPA is that the defendant company is no longer active. It has remained in existence as a non-trading entity in order to agree this DPA and will continue to exist while it discharges its terms. The company must pay the above sums within 7 days, but the DPA has been set to last for one year, in order to allow for the SFO to resolve any final lines of enquiry (if necessary).

The defendant company was liable to prosecution under the “failure to prevent” offence, contained in section 7 of the Bribery Act 2010. Mrs Justice May DBE, the judge who approved the DPA, observed that in the period 2011 to 2013 the defendant company “had made negligible efforts to educate staff or to introduce processes to identify and counteract occasions of bribery” and described its compliance procedures as “woefully inadequate”, observing, for example, that only one compliance training event had been held by the company. This should serve as an important reminder to all companies of the importance of having effective, well implemented anti-bribery processes in place, with a training and education programme for its workforce (without which, the processes will be ineffective).

The judgment has kept the statement of fact anonymous, specifically in order to safeguard the fairness of any future prosecutions. However, the SFO has reportedly confirmed that it will not pursue prosecutions against the individuals involved. Therefore, while the SFO will no doubt welcome this result and its ability to close off this long-running matter, queries and possibly criticism are likely to be raised around the absence of convictions of individuals for bribery and corruption, especially in contrast to the growing number of DPAs based on those offences.

“Airline Services Limited failed in its duties to implement adequate procedures to prevent bribery, allowing one of its agents to pervert what should have been a fair tender process and corruptly win business for the company. I am pleased that our actions hold the company to account and enable us to recover the proceeds of its crimes. 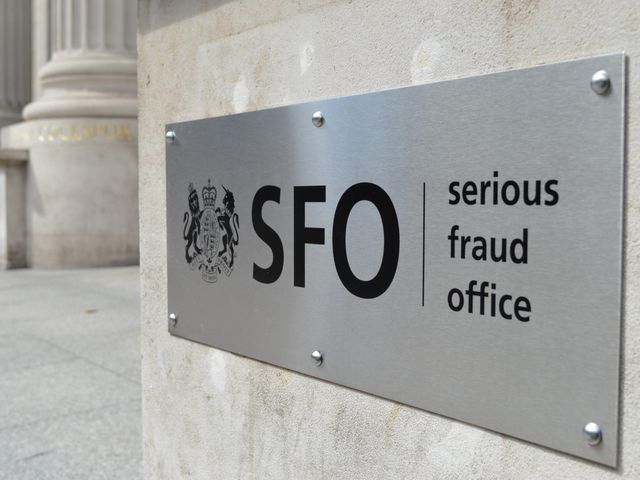