Covid-related tax breaks: what are France and Italy up to?

Whilst governments across Western Europe struggle to contain Covid-19 and preserve the capacity of local health systems, questions have begun to be debated about how economies will recover. These include diverse commentary about the possible use of tax levers. Some stakeholders will focus on how taxes could be better targeted, or increased; others of a different, no less fervent persuasion argue – perhaps counter-intuitively – for rate reductions aimed at stimulating growth. Whilst the public debate may get entrenched in partisan positions, finance ministries have the job of identifying genuine revenue-raising impact of either type of measure; they may also have other drivers and motivations.

Something which gets lost in the noise of the media reports is the growth - perhaps paradoxically - of ad hoc tax breaks, ostensibly constructed with an immediate, measurable behavioural impact in view. A couple of examples from Italy and France illustrate a trend which the Chancellor of the Exchequer might find interesting in the UK. At any rate, in terms of likely impact, however indirect, these may offer a telling model of how governments could improve the lot of all though a less blunt, indirect approach.

In a corrective finance law passed at the end of July, the French authorities gave a time-limited extra gift tax break of €100,000 per donor. The fact it is a hard limit per donor bears repeating, since it is not open season for generational wealth transfers; there is however no limit on gifts per donee under this head. It expires on 30 June 2021 and is tightly defined, being limited to cash gifts in direct line. It is aimed at encouraging gifts to descendants (or to nephews and nieces for a donor who has no descendants). It can be used in addition to (and is modelled on) existing exemptions.

What is more interesting is the schedule of conditions for the exempting of the gift: the gift must be made to finance (a) the construction of the donee’s principal private residence, (b) certain energy efficiency works to that principal private residence and (c) small business creation or development where the business is one in which the donee remains involved for three years. Interestingly, the gift needs to be deployed by the donee within three months.

The construction/energy-efficiency theme to the French tax break is replicated in a development arising out of a recent Italian finance decree, also made in July. The Italian tax break, differently constructed, also aims at getting both residents and non-residents to invest in building works at their Italian residential real estate. Tax deductions exist from now until the end of 2021 of up to 110% (within limits) for improvements in insulation, seismic upgrades, solar and photovoltaic panels and other new energy technologies. Where the claimant has no ready conventional method for benefiting from the break, e.g where he is non-resident or has no income, a mechanism exists to assign the credit to a financial institution (at a small discount) so as to be able to access it regardless. In a measure apparently aimed at targeting the measure at the tier below the upper economic echelons of society, certain properties are excluded based on their planning ratings (e.g. luxury properties, castles), thus no doubt avoiding possible commentators’ criticism (sometimes levelled at other tax measures) that "the wealthy" benefit proportionately more from the break.

It is interesting to muse as to the financial or political motivations for focusing tax credits on home improvements. Aside from supporting the building industry in the short term and boosting the renewable energy technologies sectors, two entirely speculative thoughts occur: firstly, taking a longer term view that looks beyond the pandemic, countries have embraced a number of carbon commitments which these breaks no doubt aim to support. In the UK, the Green Homes Grant is similar, albeit not constructed as a tax break, but rather as a (financially much less generous) grant. But is there also an element of discreet compliance-driven thinking evident here? Both breaks need to be claimed and require a number of proofs of usage on permitted projects. Given the paperwork and other inevitable practicalities required to access the tax breaks (certification of receipts, use of the banking system etc), one thing which must follow is much increased visibility for the tax authorities of (a) the wealth of the taxpayer in question and (b) the business of the affected home improvement contractors.

It will be interesting to see in a couple of years’ time whether in France there has been any generational rebalancing of family wealth or whether in Italy the tax police (Guardia di Finanza) have tightened their grip on cash transactions or even whether across the board there has been a measurable improvement in energy performance. 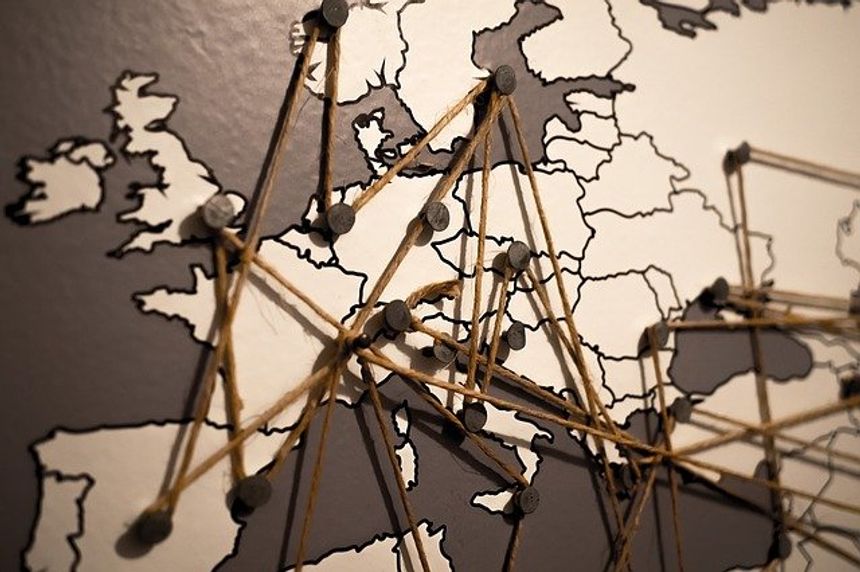