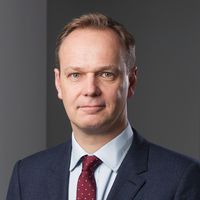 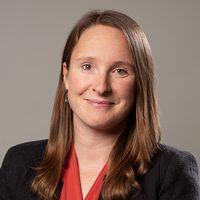 On 15 December 2020, the FCA announced it had fined a hedge fund Chief Investment Officer (CIO) £100,000 for market abuse and had prohibited him from performing any functions in relation to regulated activity. The FCA considered the fine and prohibition to be warranted due to the serious nature of the breach and the need for it to act as a deterrent to other market participants.

Between January and May 2017, the CIO engaged in market abuse by creating a false and misleading impression as to the supply and demand for equities. On multiple occasions the CIO, an "experienced trader", placed large misleading orders for Contracts for Difference referenced to equities which he did not intend to execute. At the same time, he would place smaller orders that he would execute on the other side of the order book. As a result of the large misleading orders, the CIO falsely represented to the market an intention to buy/sell when his true intention was the opposite.

It was found that the CIO was aware that his actions might constitute market manipulation, but that he recklessly went ahead with them anyway. A feature of the CIO’s conduct which indicated that he was aware of their impact was his placing of the large misleading orders such that their size was visible to other market participants. Conversely, the smaller genuine orders were placed as “iceberg orders”, meaning only part of the total value of the order was visible to other market participants. This imbalance in use of the iceberg order function demonstrated that he wanted to maximise the impression created by the larger misleading orders.

The CIO’s conduct came to the attention of the FCA, not through a self-report or whistleblower, but as a result of the FCA’s own internal surveillance systems. The FCA’s internal surveillance system receives order book data from the leading UK equity trading venues and runs surveillance algorithms across them designed to identify potentially abusive behaviours. Mark Steward, Executive Director of Enforcement and Market Oversight, referred in this regard to the FCA having "increased its capability to detect and take robust action against the harm to shareholder value caused by such abuse".

The method of identification of this misconduct, coming from the FCA’s own surveillance, should serve as a warning to other market participants that the FCA is watching – even in circumstances when a business’ own compliance systems are not triggered.