A new year and a new relationship between the UK and EU beckons as the transitional period finally ended on 31 December 2020. The new relationship brings with it new rules. Given the twists and turns of events leading up to the 11th hour agreement of The Trade and Cooperation Agreement (FTA), it is by no means the end of the story. This short post highlights the new tax landscape facing businesses.

One of the main headlines from the FTA is an agreement to prohibit customs duty on goods “originating” in the UK-EU free trade area. Businesses will need to be familiar with the rules of origin to determine whether goods will be considered to “originate” in the EU or the UK. Special rules have been developed for Northern Ireland following the Northern Ireland Protocol agreed as part of the withdrawal agreement. Northern Ireland has a special position in that it will simultaneously be in the EU Customs Union and VAT regime as well as in the UK’s equivalents.

The UK has followed EU VAT rules since 1973 and while the UK has effectively now left the EU VAT system it is (for now) adopting a system that is virtually identical. The UK will treat imports/exports of goods with the EU in the same way as imports/exports with non-EU countries. The main effect of this is that UK businesses may need to register for VAT in multiple EU countries if they are selling goods into the EU. The UK has introduced postponed VAT accounting rules for imports by UK businesses which means traders importing goods into the UK from the EU and rest of the world do not have to make cash payments of import VAT at the time of import but rather can declare and recover the import VAT simultaneously through their VAT returns. This cash flow relief has not been reciprocated by many EU member states – Germany in particular.

The FTA included a protocol on social security coordination for employees who works in multiple jurisdictions, or who are seconded from one location to another. This means that for working arrangements that commence on or after 1 January 2021, cross-border working between the UK and EU member states will be governed by rules under the Protocol for detached workers (UK individuals sent by their UK employers to work temporarily in an EU member state for periods of up to 24 months and not to replace another detached worker) and multi-state workers (an individual who normally works in the UK but also in one or more EU or EEA jurisdictions for at least 5% of their working time). For detached workers this means individuals will remain within the scope of UK NIC (i.e. no EU social security contributions would be payable) on the assumption that these rules are accepted by the relevant EU member state. For multi-state workers the provisions of the Protocol mirror those in the old regulation. For more details, our note on the subject explains more.

One of the well trailed implications of the UK leaving the EU is the loss of access to the EU Directives such as the Parent Subsidiary Directive, the Interest and Royalties Directive and EU Mergers Directive which apply to regulate the tax treatment of intra-EU payments of dividends, interest and royalties and cross-border business combinations and reorganisations involving companies in EU member states. This means that payments of dividends or profit distributions and payments of interest and royalties between associated companies between the UK and EU member states will now be subject to withholding tax at the rate agreed in bilateral tax treaties with other EU member states. Given the UK’s domestic tax code (which does not impose withholding taxes on dividends and broadly exempts corporate dividends) and extensive tax treaty network (which will often apply to reduce or mitigate withholding taxes on payments from EU member states), it may well be that the implications for some corporate groups are not material. However, most groups should review their group structures and payment flows to identify those payments which are affected.

While the UK may no longer benefit from the Directives, the UK’s new relationship with the EU does not rule out a future agreement that could bring some of these benefits back to UK shores. Not only have a series of committees been introduced as part of the ongoing UK-EU infrastructure where this could be tabled, but there is precedent for this. Under the Switzerland-EU savings agreement, benefits similar to those in the EU parent-subsidiary directive are available for cross-border payments of dividends between related companies residing in EU member states and Switzerland. However, given the intensity of negotiations to get to where we are today, it may take a while before this subject reaches the top of anyone’s agenda.

One of the most protracted and controversial areas of negotiations was in relation to the level playing field clauses. The FTA contains broad constraints that prohibits distortive subsidies that have a detrimental effect on trade. This includes taxes forgone. In the taxation chapter of the agreement, there is a commitment to uphold high global standards on tax transparency and fighting tax avoidance to OECD levels. All in all this does provide some scope for the UK to diverge as the FTA does not place restrictions on the domestic tax system or rates. In fact, the UK has already announced its intention to diverge from EU rules (while still maintaining OECD standards) in relation to DAC6 reporting requirements for certain cross-border transactions by narrowing the scope of the regulations in line with the OECD Mandatory Disclosure Rules. The UK may also look to review its VAT regime (a number of reviews are expected during the year) however action has already been taken to diverge by removing VAT on women’s sanitary products. These two examples, swiftly announced in the days after the agreement, highlight this is by no means the end of the story.

The Parties recognise and commit to implementing the principles of good governance in the area of taxation, in particular the global standards on tax transparency and exchange of information and fair tax competition. 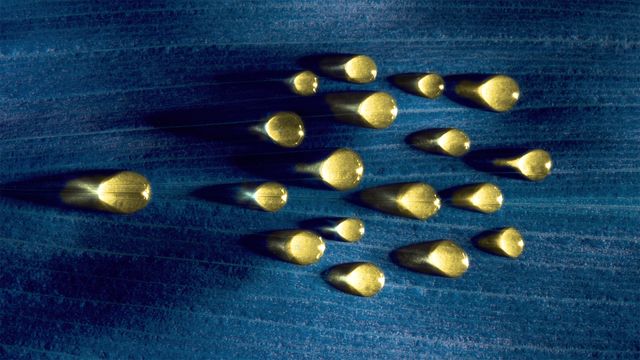 Gallaher v HMRC: the last UK reference to the CJEU?
Rhiannon Kinghall Were

Does the recent boost in CGT receipts offer any indication of an imminent tax rise?
Rhiannon Kinghall Were