This browser is not actively supported anymore. For the best passle experience, we strongly recommend you upgrade your browser.
All Posts
October 27, 2021 | 1 minute read 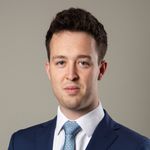 In a welcome move for those responsible for tax matters at large businesses, today’s Budget documents contain an announcement that the government is dropping the most controversial aspect of its new uncertain tax treatments disclosure regime.

In a previous post we discussed the draft legislation published in July this year requiring the notification of uncertain tax treatments. Under the proposed legislation there would have been a requirement to notify where:

The final provision caused some concern among taxpayers and advisers. It was widely felt that trigger (3) was subjective, and there would be inherent uncertainty in applying the test contained in the draft legislation. These concerns were heightened by a review of the accompanying draft guidance, which appears to have some difficulty articulating with much certainty how the trigger should be applied in different scenarios.

Today’s announcement states that trigger (3) has been dropped from the regime (albeit leaving open the possibility it will be added later). Instead, notification will only be required where a provision has been made under GAAP or where a tax position taken is contrary to the known position of HMRC.

This is a welcome and pragmatic change to this legislation which means notification will now be based solely on two clearer and more objective triggers.

The Chancellor of the Exchequer, the Rt Hon Rishi Sunak MP, delivered his Autumn Budget 2021 to Parliament on 27 October 2021. Full details of all announcements, supporting documents and information are available from: