“Inside information is not a private commodity”: negligent disclosure leads to £80k personal fine for NED 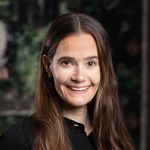 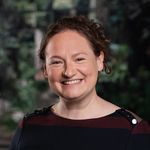 The FCA has fined a former non-executive director (NED) £80,000 for negligently disclosing inside information to senior individuals at two of the company’s major shareholders. The disclosures concerned an expected RNS announcement relating to a revision to the company’s financial guidance and the retirement of the CEO.

The FCA found that the NED (who held the position of Chair at the relevant company) unlawfully disclosed inside information, notwithstanding that:

The FCA concluded that the NED’s conduct was negligent, appearing to accept his explanation that he did not realise that the information he disclosed was inside information.

The FCA emphasised that, as a prominent and experienced industry professional who held a senior position within the company, the NED should have realised that the relevant information constituted inside information and that it was not in the normal exercise of his employment, profession or duties to disclose it selectively to two shareholders but not to others.

"Inside information is not a private commodity for those with privileged access to it. The law requires inside information to be disclosed properly and not to major shareholders or others in advance of announcements, as in this case.”

This is an important reminder that market abuse can be committed negligently, not just deliberately, and that seeking to act in the best interests of a company will not excuse an individual’s actions or protect them from potential personal liability.

Directors of listed companies must take formal advice before disclosing any confidential information to shareholders and consider the market abuse restrictions accordingly.

Further information on the FCA’s Final Notice is contained in our latest Corporate Law Update.

Inside information is not a private commodity for those with privileged access to it.