What does the Inflation Reduction Act mean for US implementation of Pillar Two? 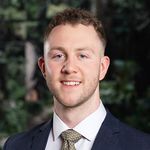 Last week, President Joe Biden signed the Inflation Reduction Act (IRA22) into law, which he described as “one of the most significant laws in our history”.

Included among the headline reforms is a 15% “Corporate Alternative Minimum Tax” (AMT), which the Joint Committee of Taxation estimates will generate $222bn in revenue over ten years. Broadly, the AMT would apply to US corporations whose average annual adjusted financial statement income (assessed over a period of three years) exceeds $1bn, and would extend to US subsidiaries with an average adjusted financial statement income of at least $10m that are part of overseas groups that also meet the $1bn threshold.

At a first glance, the AMT looks a lot like the implementation of a qualified domestic minimum top-up tax (QDMTT) under the OECD’s model GloBE rules published as part of its BEPS Pillar Two package.  However, there are some crucial differences between the two sets of rules.

For a start, the AMT targets a much smaller pool of companies. The rules refer to an “adjusted financial statement income” definition, which is generally the net income or loss figure in the accounts rather than the top line figure (albeit with a number of adjustments). In comparison, the GloBE rules bring in a much wider pool as groups with consolidated revenue in excess of €750m are within scope. The starting point for the calculation of a group’s taxable income follows this distinction too, and furthermore the rules take different approaches to the adjustments required to calculate a corporation’s effective rate of tax. For example, benefits of US R&D credits survive under IRA22 but not under the GloBE rules.

Furthermore, the version of IRA22 approved by the Senate and the House omits a proposal found in its predecessor (the Build Back Better Act) to modify the existing GILTI regime by introducing country-by-country calculations, which is a core feature of the GloBE rules. This has sparked concerns that the passage of the IRA22 could spell the end of US impetus for full implementation of the Pillar Two measures.

Considering that approximately 25% of groups in scope of Pillar Two are US-headquartered, the potential non-implementation by the US of a QDMTT is likely to bring Pillar Two’s Undertaxed Profits Rule (UTPR) into sharp focus. Given groups subject to the AMT will almost certainly also fall within the scope of Pillar Two unless they operate exclusively in the US, many US groups will need to consider both sets of rules. Such parallel calculations will cause considerably administrative complexity and may also lead to increased tax liabilities by creating situations in which US companies are topped up under both the AMT and UTPR (for example if the two regimes take different approaches to timing differences).

Whilst the impact of IRA22 on the global momentum of Pillar Two remains unclear, multinational groups should closely monitor local implementation of the OECD’s proposals and continue to seek advice on the implications of any differing interpretations adopted between jurisdictions.

"Ultimately, there could be increased complexity for international businesses in application of the rules once in force — or worse, it could increase the risk of double tax arising"