Bankers’ bonuses: the cap is scrapped 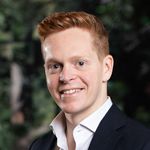 As part of the Chancellor’s £45bn package of tax cuts set out in the “mini-Budget” on 23 September, it was announced that the "bankers’ bonus cap" (which limits certain staff bonuses to 100% of fixed pay or 200% with shareholder approval) will be scrapped. The bonus cap was introduced by the European Union in 2014 in response to the financial crisis and removing it marks the start of the Chancellor’s promised deregulatory agenda. This move is perhaps unsurprising given that the Government was never in favour of the cap and there had been speculation that ministers would ditch it since the implementation of Brexit.

The rationale behind scrapping the cap is to encourage banks to invest in London as opposed to other finance hubs within the EU (such as Paris or Frankfurt) or even further afield. JP Morgan, Goldman Sachs, Morgan Stanley and Bank of America have all increased their presence in Paris in recent years, leading to concerns that London could lose its status as Europe’s financial centre.

Critics of the cap, as echoed by the Chancellor, have long argued that it was ineffective as banks have generally ensured that overall staff remuneration did not suffer by replacing bonuses with higher fixed pay. This meant that the fixed costs of hiring bankers were higher whilst it was harder to reward successful performance. The removal of the cap should allow employer banks greater flexibility in adjusting its pay bill in line with the business’ changing fortunes. However, it remains uncertain as to whether certain banks have sufficient pricing power to renegotiate contracts with UK staff who enjoyed higher salaries and other fixed pay.

All the bonus cap did was to push up the basic salaries of bankers, or drive activity outside Europe.