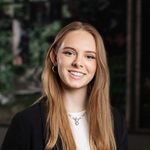 The introduction of the Economic Crime and Corporate Transparency Bill (the Bill) on 22 September 2022 was met with support by many legal stakeholders, businesses and anti-corruption groups, due to its long-awaited reforms directed at tackling money laundering and the misuse of corporate structures (read our note on its introduction). The Bill’s measures are wide ranging; including reforms to Companies House’s ability to verify and control the information it receives as well as improved investigation and enforcement powers. Moreover, the Serous Fraud Office’s (SFO) pre-enforcement powers to compel the provision of information have been expanded and enforcement agencies will have the power to recover and seize criminal crypto-assets.

Despite these reforms, at its second reading in Parliament earlier in October, MPs from all the main parties levelled numerous criticisms at the structure, extent and ability of the proposed legislative measures to achieve these aims.

The lack of a proper enforcement plan, including accountability for company executives and provisions on corporate criminal responsibility caused the most criticism of the Bill. It had been rumoured that a late amendment to the Bill would be introduced at the second reading to insert a "failure to prevent" economic crime offence. The rumours appear to be unsubstantiated and leave critics questioning what teeth the Bill will have when it comes to enforcement. The introduction of a failure to prevent economic crime offence was absent from the Law Commission’s options paper for reform of corporate criminal liability published in June (read our note).

It was felt that a failure to prevent economic crime offence would be too wide-ranging in scope to introduce at present, and seemingly Parliament agrees. Despite some vocal proponents of the introduction of such an offence, it seems they will have to wait for another year and another bill.

Other criticisms discussed in Parliament regarded the apparent lack of resourcing proposals in the Bill for law enforcement agencies such as the SFO and NCA, curtailing their ability to use the enforcement powers provided. It was argued that unless law enforcement agencies are appropriately funded and undeterred by the costs of legal action, corporate fraudsters and launderers will continue to operate freely. The Companies House reforms alone will require an estimated £289m yet the Bill provides little in the way of funding proposals. MPs last week called for the £12 incorporation fee payable to Companies House to be increased, in line with many other European countries, to bridge some of the funding gap.

With these legislative gaps in mind, the Bill will now go to the committee stage where it will be scrutinised line by line, aided by a call for written evidence, and amendments will be tabled.

The Bill is welcome, but it is not yet good enough