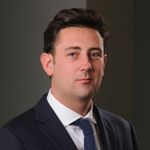 The trial of an unfair prejudice petition (the Petition) has been vacated and the petition stayed for a year pending satisfaction of unpaid costs orders. Anthony King and others v Kings Solutions Group Ltd and others [2022] EWHC 2878 (Ch), provides a helpful analysis of what sanctions may be available if costs orders relating to interim applications remain unpaid in the run up to trial.

The Petitioners were ordered to pay the Respondents’ costs of the successful strike out applications. The costs were unpaid. The Respondents therefore sought an order that unless those outstanding costs were paid, the Petition should be struck out or stayed. Granting the application in November 2022, the court vacated the previously fixed trial date of 2023 and stayed the petition for a year pending payment of the outstanding costs.

The court considered the principles applicable to deciding how to deal with unpaid costs orders and accepted that it had jurisdiction to make such an order. The key question for the court was whether making an order for the costs orders to be paid would deny access to justice.

The court found it compelling that the reason for the costs orders was the unsuccessful attempts by the Petitioners to resist the strike out of allegations which had no real prospect of success or were an abuse of process. The Petitioners could have avoided those costs by accepting the Respondents’ invitation to amend their statement of case as appropriate, but they chose instead to contest the strike out fiercely. It was also relevant that the Petitioners had a track record of not paying significant costs orders made against them in various related claims which they had lost against the same or similar parties.