Embiricos v HMRC – a second bite of the procedural cherry 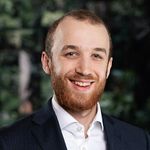 Earlier this year, in Embiricos v HMRC [2022] EWCA Civ 3, the Court of Appeal held that HMRC could not issue a partial closure notice to Mr Embiricos that concluded that he was domiciled in the UK without stating the amount of tax due. Following the Court of Appeal decision, Mr Embiricos was back before the First-tier Tribunal (FTT) with another procedural issue related to his domicile and the quantum of any liability. (For commentary on the previous Embiricos decisions and related cases, see our previous blog).

In fact, the purpose of Mr Embiricos’ application before the FTT in Embiricos v HMRC [2022] UKFTT 464 (TC) was essentially the same as the purpose of his appeal to the Court of Appeal – namely, Mr Embiricos wanted the question of his domicile to be determined before the issue of quantum was considered. This time, however, instead of seeking to deal with the domicile issue through the mechanism of a partial closure notice, Mr Embiricos made an application to the FTT for domicile to be dealt with as a preliminary issue (with the quantum issue to be dealt with afterwards).

One of the key principles to be considered when dealing with an application for a preliminary hearing is that the matter in question should be a “succinct, knockout point”. Mr Embiricos’ counsel argued that it would be succinct as a preliminary hearing on this issue would only take a maximum of three days. By contrast, HMRC considered that seven days would be needed given that there were three proposed witnesses, and they would need several days to cross-examine Mr Embiricos alone. The Judge agreed that Mr Embiricos’ time estimates were “unrealistic and hopelessly optimistic” and that seven days was more likely. While seven days may be a more sensible timeframe given HMRC’s estimate of the length of cross-examination, it begs the question of whether such a significant length of time is necessary. The default position seems to be that HMRC reserve a considerable amount of time for themselves even where, as here, many of the facts of the taxpayer’s life, including his residence, are not in dispute.

The FTT was, however, also troubled because, if Mr Embiricos were found to have acquired a domicile of choice, there was a real risk that the decision could be appealed, causing significant delay to any subsequent hearing on liability. Counsel for Mr Embiricos suggested that the fact-based nature of domicile made an appeal less likely than in other cases. That might be correct, but the reality is that such cases still involve issues of mixed fact and law, which the FTT recognised. The Judge made reference to the “extreme” case of the Gaines-Cooper litigation which has only recently returned to the FTT to determine the quantum issue 16 years after the original preliminary hearing regarding residence and domicile was first heard, during which time Mr Gaines-Cooper has died.

The FTT counterbalanced these concerns against other factors, which had been set out in Wrottesley v HMRC [2015] UKUT 637 (TCC). In favour of the preliminary hearing, the FTT found that it would not adversely affect the determination of the liability issue and also acknowledged that if Mr Embiricos were found not to have acquired an English domicile, there would be no need for a further hearing at all – it would be a knockout point.

When the Court of Appeal gave its decision that a partial closure notice could not be issued so as to address the domicile issue alone, it was influenced by the fact that Parliament had provided a joint referral process that was tantamount to allowing the parties to bring preliminary issues. That process required the consent of both parties and the Court of Appeal noted that such a process would be undermined if there were a separate means for the taxpayer unilaterally to call for a particular issue to be determined as a preliminary matter. The FTT did not appear to consider the point (and it was, of course, free to determine how the case proceeded) but it may be asked if the joint referral process should also influence the FTT’s decision on such an issue.

Leaving that aside, the case serves as a reminder that Courts are wary of preliminary issues because they can frequently raise as many delays as they are meant to reduce. In practice, preliminary issues may be reserved for circumstances where there is a clear and decisive issue that can be dealt with in the course of a one- or two-day hearing.

In relation to domicile in particular, HMRC’s approach to cross-examination means that it may be unlikely for a Court to consider it is ever suitable for determination as a preliminary issue. With HMRC usually unwilling to agree to joint referrals, and the Court of Appeal decision on partial closure notices, there may be limited scope for the use of preliminary issues to determine material issues of fact at all and, as far as domicile is concerned, it is difficult to see any prospect of raising the issue for the third time.

The power to order the hearing of a preliminary issue should be exercised with caution and used sparingly.