Looking past the turmoil of the past few days, it would be easy to discount the Brexit white paper (titled "The future relationship between the United Kingdom and the European Union") as dead in the water. Yes, there are contradictions from the recent amendments passed through the Taxation (Cross-border Trade) Bill and yes, the political environment is delicate. The white paper may not be a blueprint for the future state, but it finally signals the starting position for the real negotiations to begin. There are five key takeaways from a tax perspective from this recent flurry of activity that are worth bearing in mind:

One of the key policies put forward in the white paper is the Facilitated Customs Arrangement, which if agreed with the EU, "would remove the need for customs checks and controls between the UK and the EU as if they were a combined customs territory, which would control its own tariffs for trade with the rest of the world and ensure businesses paid the right or no tariff". One of the recent amendments to the Trade Bill stops the UK from collecting tariffs for the EU unless the rest of the EU reciprocates in relation to UK tariffs - this seemingly blows a hole through the proposals. Another difficulty, post amendments, is caused by the amendment that rules out a border in the Irish Sea. This means that the EU's "backstop" proposal for customs (an explicit part of the Withdrawal Agreement) would be difficult to achieve. Another amendment precludes the government from agreeing to any form of customs arrangement brought in via secondary legislation. This prevents the government from strong-arming through any future customs arrangement without full parliamentary scrutiny (as feared by some members of parliament).

The white paper discussion on VAT is brief and has also been subsequently contradicted by one of the recent amendments. The white paper said, "The UK proposes the application of common cross-border processes and procedures for VAT and Excise, as well as some administrative cooperation and information exchange to underpin risk-based enforcement. These common processes and procedures should apply to the trade in goods, small parcels and to individuals travelling with goods (including alcohol and tobacco) for personal use." Although this only amounts to the creation of a common VAT area for the processes and procedures for goods, it would not preclude the UK from staying within the EU VAT regime if this arose from negotiations. One of the amendments put forward and ultimately passed by the House of Commons was for the UK to sever all ties with the EU on VAT. If this is the case, a separate VAT regime, without common rules, may point towards a hard border between Ireland and Northern Ireland, and will mean businesses and consumers having to cope with import VAT.

The interaction between tax and State aid has risen up the agenda since recent high profile tax cases. It has been known for some time that the UK was prepared to establish a State aid framework, overseen by the CMA, but it was not clear how this would translate in practice. The white paper states that it is the UK's "domestic choice to maintain a robust State aid regime into its future economic relationship with the EU. In light of this, the UK would make an upfront commitment to maintain a common rulebook with the EU on State aid, enforced by the CMA." This means the UK will be disciplined in its use of subsidies, presumably including tax incentives (although see below on sovereignty of tax). An element of self-control on these matters is no bad thing, and will reduce the lobbying for obscure tax reliefs.

A fractious issue has been around the legal framework post-Brexit. One of the cornerstones of the Brexit debate has been about re-domiciling powers to the UK. The UK has now shown its cards, such that "Where the UK had agreed to retain a common rulebook with the EU, the UK would commit by treaty that its courts would pay due regard to CJEU case law, insofar as this was relevant to the matter before them." This seems like a sensible conclusion.

The white paper states within the State aid section that the "UK’s proposal for its future economic partnership with the EU would not fetter its sovereign discretion on tax, including to set direct or indirect tax rates, and to set its own minimum tax rates." At first glance, this seems obvious - the UK currently holds these powers and it is hard to imagine that Brexit would erode this. However by stating the obvious on what is a sensitive subject for the EU, there is a risk that this becomes a point for negotiation.

The turmoil is real, but it is wrong to think it is a threat to the Brexit model that the prime minister has finally come clean on. It is the necessary — and entirely predictable — result of long-concealed contradictions finally coming into the open. 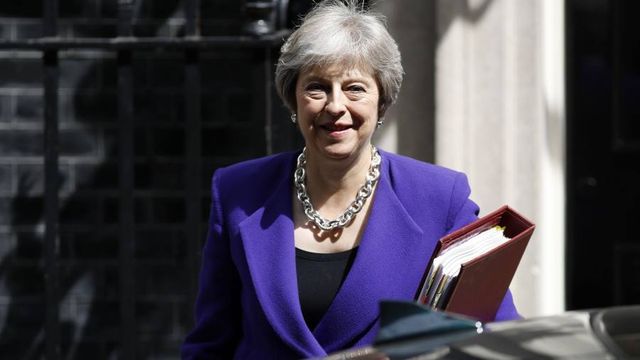