This browser is not actively supported anymore. For the best passle experience, we strongly recommend you upgrade your browser.
All Posts
October 26, 2020 | 1 minute read 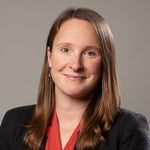 On 23 October, the Serious Fraud Office (“SFO”) published comprehensive guidance on how they approach Deferred Prosecution Agreements (“DPAs”) and how they engage with companies where a DPA is a prospective outcome (the “Guidance”). The Guidance does not represent a significant change from existing practice but provides a helpful steer on the SFO’s policy in respect of DPAs. This accords with one of the SFO’s stated aims in publishing the Guidance, to “provide further transparency” on what is expected from companies seeking a DPA.

A DPA is a Court approved agreement between a company and a prosecutor which allows for a prosecution to be suspended for a set period, provided the organisation meets certain pre-set criteria. In order to enter into a DPA, a company must: admit to misconduct; pay a financial penalty; and agree to conditions imposed by the prosecutor.

In determining whether a DPA is appropriate the SFO must satisfy themselves that it would be in the public interest to enter into a DPA, rather than pursuing a criminal prosecution. The Guidance lists a number of public interest factors militating against prosecution and in favour of a DPA. These include:

The Guidance outlines co-operation requirements which should ordinarily be included a DPA, such as requiring the company to:

The SFO has concluded eight DPAs since their introduction in 2014 and a ninth is awaiting Court approval on 30 October 2020. Although the SFO have lauded the use of DPAs as a success, their use has raised questions given the failure to successfully prosecute any individuals from the companies which have admitted misconduct and availed themselves of a DPA. Time will tell whether the SFO can successfully negotiate a DPA with the corporate and then prosecute culpable individuals from that corporate.

DPAs are a valuable tool in the fight against serious fraud, bribery and corruption, capable of not only punishing corporates for criminality but also making sure the company rehabilitates and becomes a better corporate citizen.