This browser is not actively supported anymore. For the best passle experience, we strongly recommend you upgrade your browser.
All Posts
December 14, 2021 | 3 minutes read

No decision? No problem: challenging tax in the High Court 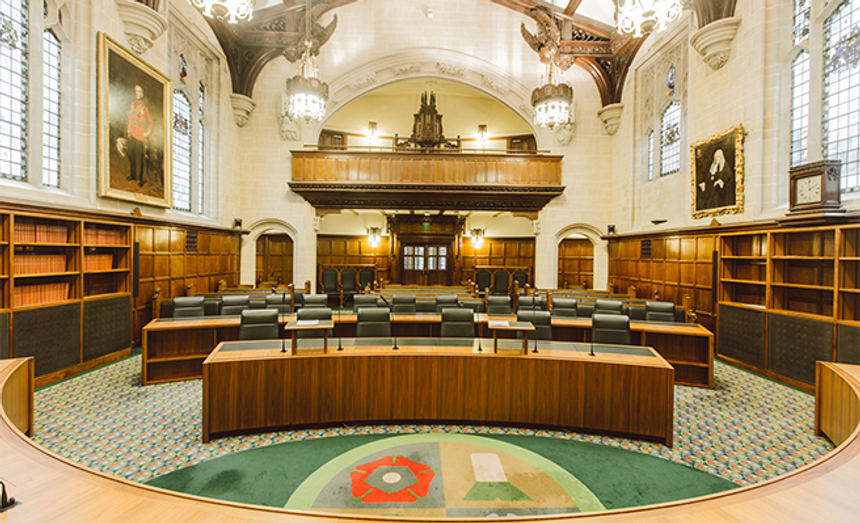 In most circumstances, a decision issued by HMRC may be appealed to the First-tier Tax Tribunal or, if the dispute raises public law issues, challenged by way of judicial review to the High Court. In itself that split process can be a little awkward, but what scope does a taxpayer have to challenge the application of tax legislation where no decision has yet been made in relation to that particular taxpayer’s affairs?

In the recent decision of Donatas Labeikis and ors v HMRC [2021] EWHC 3237, the High Court considered the question of whether a taxpayer can bring proceedings for declaratory relief in relation to the validity of tax legislation in the High Court, in circumstances where that taxpayer is not subject to an enquiry or assessment raised by HMRC, and as such cannot bring the matter to the Tax Tribunal.

Donatas concerned a challenge based on EU law. While such issues can be challenged through the High Court, where a challenge relates to tax, the normal course is to decide such matters within the tax tribunal system, a practice referred to as the "tax exclusivity principle". A taxpayer will generally have to wait for HMRC to issue an appealable decision (such as a closure notice or an assessment) and will then be able to appeal that decision to the First-tier Tribunal (or bring a judicial review to the High Court). This may be frustrating for taxpayers who, for whatever reason, do not yet have a direct recourse against HMRC to the Tribunal.

In Donatas, the taxpayers were impacted by the Loan Charge legislation but had not yet faced an adverse decision from HMRC. They therefore sought a declaration from the High Court that the Loan Charge legislation is invalid and incompatible with EU law. HMRC disputed the jurisdiction of the High Court to hear the claim, arguing that the tax exclusivity principle requires the Court to leave such matters to the Tax Tribunal. This was despite the fact that it was common ground between the parties that the taxpayers could not take their challenge to the Tribunal. HMRC had not initiated an enquiry, issued a closure notice or raised an assessment, and the taxpayers had no means of forcing HMRC to do so. According to the taxpayers, to require them to wait until such a point if/when HMRC decide to take action would breach their EU right to an effective remedy.

In a detailed judgment, Master Dagnall concluded that the High Court did have jurisdiction to hear the claim. The fact that the taxpayer had no way of forcing HMRC to act so as to bring about an appealable decision, and was instead made to wait for HMRC to decide to take action, even though in the meantime they were putting themselves at risk of falling foul of the law, was key to his finding that requiring the taxpayer to wait to take the matter to the Tribunal would result in the absence of an effective remedy under EU law.

It was found that, although an ability to challenge national legislation by indirect means (i.e. by the taxpayer taking particular steps to allow the dispute to be brought to the Tribunal) is sufficient to qualify as an effective remedy, the taxpayer needs to be able to take these steps unilaterally, so that HMRC “has no choice but to cooperate in a way which will enable a dispute to exist such as can be determined by a judicial or other court or tribunal process.” The availability of a process that is unilaterally available to the taxpayer, whether direct or indirect, is crucial to whether or not the Court will have jurisdiction to hear the case.

The decision provides some support for allowing challenges to the application of tax legislation outside of the statutory appeal process. The approach in this case did rely on the challenge to the tax law having been brought on the basis of EU law and so the Court was guided by the notion of what comprises an “effective remedy”. In addition, now that the UK has left the EU, it is not entirely clear how the Courts will seek to apply retained EU law, including general principles such as the right to an effective remedy, going forward.

In the case of Donatas, the Court actually found that this was a claim that should have been brought by way of judicial review and not, as argued by the taxpayers, as a Part 8 claim. That means that different time limits and processes applied. That is a warning that anyone seeking to challenge a decision must give careful thought to the appropriate process.

The end result of this is that in addition to taxpayers with decisions being faced with potential routes to the Tribunal and/or the High Court, there may also be routes open to other taxpayers whether under judicial review or possibly in seeking a declaration. While this complexity is not ideal, taxpayers can often be concerned that timing is inevitably, primarily dictated by HMRC. Donatas suggests that there may be increasing opportunities to force the pace and take challenges to HMRC.

...the tax exclusivity principle does not mean that the taxpayer has to wait and go to the tribunal but can seek to resolve the matter through the courts.