This browser is not actively supported anymore. For the best passle experience, we strongly recommend you upgrade your browser.
All Posts
March 2, 2022 | 3 minutes read 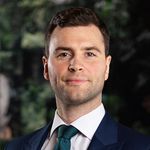 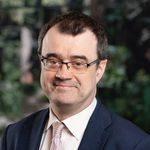 It is settled law that merging parties can sue the Commission for damages following a flawed prohibition decision under the EU Merger Regulation. It has, however, proven difficult to secure meaningful compensation, and two recent General Court judgments (UPS v Commission and ASL v Commission) confirmed the challenges in doing so.

The EU Merger Regulation does not explicitly provide that merging parties can claim damages for substantive or procedural errors made by the Commission. However, Article 340 of the Treaty on the Functioning of the European Union provides that the European Union must “make good any damage caused by its institutions…in the performance of their duties”. The application of that provision to the EU Merger Regulation was established in two cases in the 2000s (Schneider in 2007 and MyTravel in 2008). Those cases confirmed that the Commission may be liable for non-contractual damages in this context. However, and consistent with jurisprudence from other areas, the Court held that damages were only available with respect to errors that are “manifestly contrary to the rule of law and seriously detrimental to the interests of persons outside the institution” and where there was a sufficiently direct causal link between the Commission’s conduct and the claimed damages.

We have not seen any jurisprudence in this area since those cases, likely reflecting the high bar established by the Court and the infrequency with which EU Merger Regulation decisions have been overturned. Nevertheless, two claims were made against the Commission in 2017 and 2018 by UPS and ASL following its prohibition of an attempted merger between UPS and TNT and subsequent findings by the General Court and Court of Justice that the prohibition was flawed due to procedural irregularities. In the meantime, the Commission approved the acquisition by FedEx of TNT.

UPS pointed to several deficiencies in the case at issue, including the Commission’s failure to communicate evidence that led to its decision (notably the final version of an economic model used to assess the effects of the proposed deal) and errors in the substance of the decision.

The Court found that the substantive errors were insufficient to give rise to a claim, including because the Commission had used a variety of tools to assess the transaction, many of which were not demonstrably flawed. Conversely, the Court agreed that the Commission’s failure to disclose its final economic model deprived UPS of the ability to make submissions in a way that might have led to a reassessment of the case.

UPS claimed for damages arising from three limbs: the payment of a contractual termination fee to TNT following the Commission prohibition; loss of profits from UPS’s inability to realise synergies from the deal; and costs associated with UPS’s participation in a merger control procedure on FedEx’s acquisition of TNT that followed the prohibition. However, the Court rejected all three claims.

In parallel, the Court rejected a claim by ASL Aviation Holdings and ASL Airlines for damages suffered from its inability to enter into contracts with TNT that were contingent on the UPS/TNT deal having proceeded. The Court dismissed the action on several grounds, including on the basis that ASL was not entitled to rely on the breach of the rights of another company (UPS) for this purpose.

In the context of the Court’s existing jurisprudence, these judgments are probably unsurprising. Nevertheless, they provide a timely reminder that the bar for successfully claiming damages following an EU Merger Regulation prohibition is extremely high. In the first place, claimants must demonstrate suitably serious breaches by the Commission. But perhaps more importantly, claimants must point to a direct causal link between those breaches and the damages being claimed. Critically, this does not include the payment of a contractual break fee; and the chain of causality will be disrupted by any failure to wait for the Commission to reissue a decision on the case (which will likely only take place after several years of litigation at a point when the commercial appetite for the deal may well have dissipated).